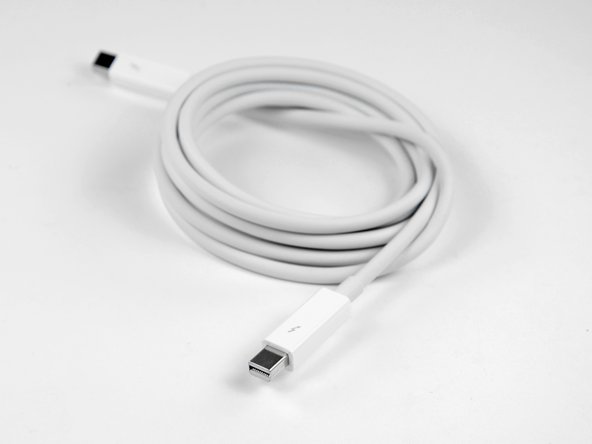 And we’re not talking about the Lay’s variety. We received good word from one of our friends, Ars Technica’s own Chris Foresman, that the $50 Thunderbolt cable may be an active cable. He postulated that the cable may actually have chips containing firmware in it, making it more expensive to produce than your garden-variety HDMI cable—thus justifying the hefty price tag.

There was only one way to find out for sure; we hopped on over to the local Apple Store and donated $50 to the build-Apple-a-new-campus fund. A short while later, the cable was in our hands and ready to go under the knife.

And we knew exactly where to look. The cable contained a sturdy plastic sleeve on each end that looked quite suspicious. Heating up an Exacto knife worked well against the hard plastic, and we managed to remove the casing from the connector after some careful cutting/melting.

Once the casing was gone, we had to perform a significant amount of desoldering and cutting in order remove the metal surrounding the connector. Peeling back the metal (which appears to be plated brass) revealed the hardware underneath. 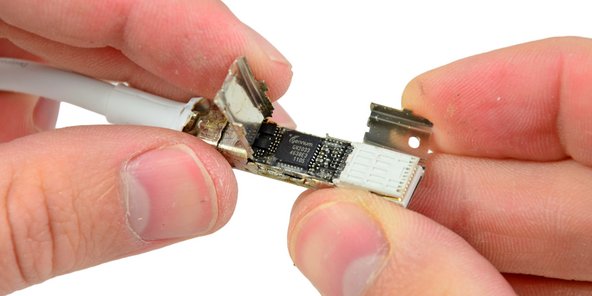 We found two Gennum GN2033 chips in the connector, one on each side. They were flanked by other, much smaller chips that surely added to the cable’s cost: two chips labeled S6A 1JG on one side, and chips labeled 1102F SS8370 and 131 3S on the other. Of course, there were tons of little resistors (providing impedance as needed) all around the larger chips. 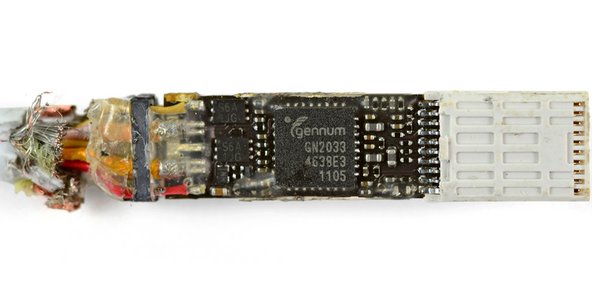 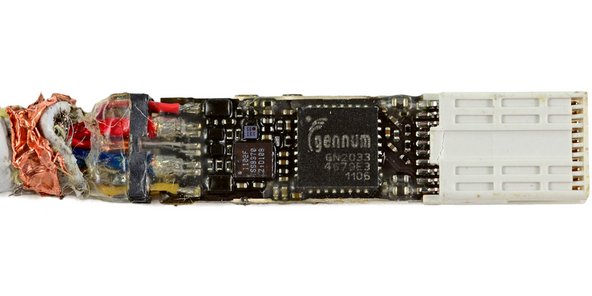 We assumed that the other connector side would be identical, and we were correct. All in all, Apple’s $50 cable contained a total of 12 larger, inscribed chips, and tons of smaller electronic components.

One note: Gennum’s site mentions that their transceiver technology enables “reliable data transfer at cutting-edge speeds over low cost, thin-gauge copper cables.” Perhaps they were thinking of some other low cost cables, as we don’t think Apple’s $50 creation can be considered cheap. But, now you can at least sleep better at night knowing that there’s little chips inside your cable making it go fast. Your move, Monster Cable. 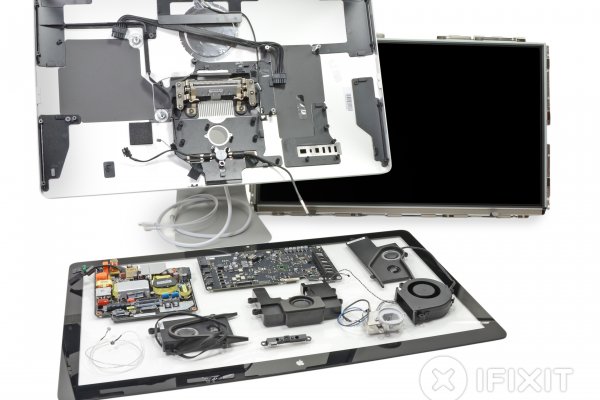 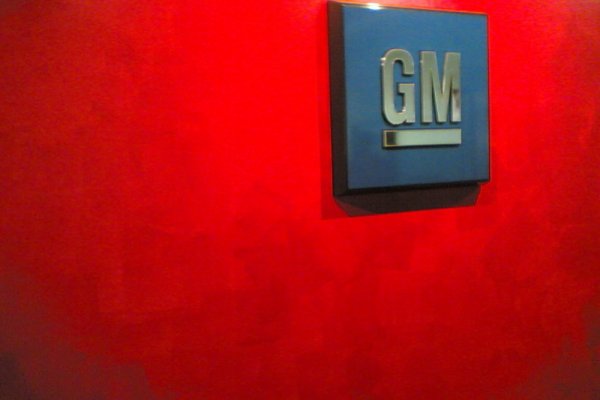 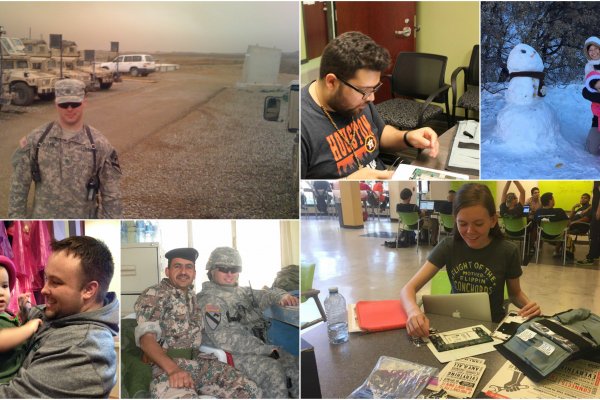 A Fixer Makes It Work