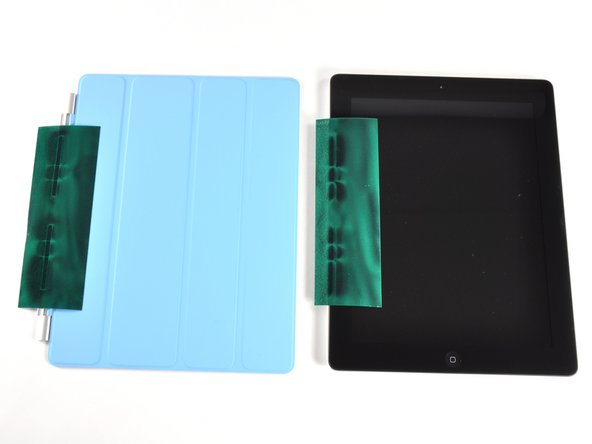 We never took apart a case before, but the Smart Cover piqued our interest as soon as Steve Jobs announced it alongside the iPad 2. We knew it worked with magnets, but exactly how? What did it attach to? How can something so simple be so multi-functional? A Smart Cover went under the knife (literally) to provide the answers to these questions.

We were also curious to see if Apple used magnets with special properties — such as the awesome correlated magnets developed by Correlated Magnetics Research — for the Smart Cover. Correlated magnets have multiple poles that could be contributing to the unique functionality of the cover.

The Smart Cover received a 0 out of 10 Repairability Score. Apple had the audacity to bring a product to market that was absolutely unrepairable. Imagine our surprise when we cut up the entire thing, only to have it be totally destroyed! (We joke, of course.)