The Thunderbolt port—or the “Thunderport,” as we started calling it around iFixit—is the latest evolutionary change from the folks at 1 Infinite Loop. We were super-excited to try out the port itself, but had to first peek at it from the inside. 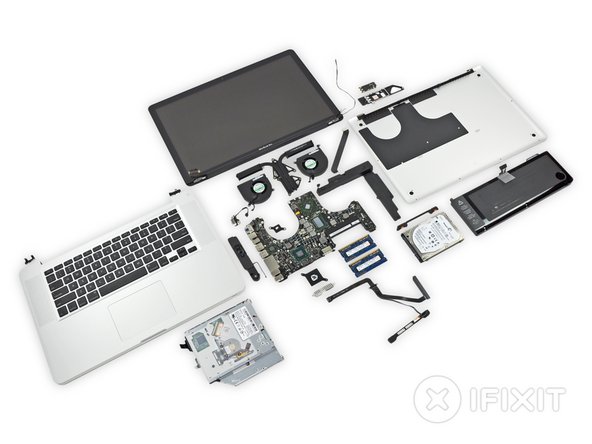 The Thunderbolt port (we keep wanting to type “Thunderport”—it just feels so natural) has its own controller IC. The IC is quite prominent on the logic board, being the fourth-largest chip after the CPU, GPU, and logic board controller. We’ll have to wait until a company like Chipworks places an SEM on the puppy to see what’s *really* inside, but we believe the chip’s footprint is a testament to the potential of this port.

The MacBook Pro earned a very respectable 7 out of 10 repairability score. This revision allows you to disconnect the battery without removing it from the laptop. It’s a nice design choice since you *should* remove all power before performing any repairs. The unibody design also allows for easy access to most of the other components, so it won’t be terribly hard to replace things on the machine. The only tricky repair is LCD replacement, which could easily result in shattering the front glass panel.