Last week, Sony clearly indicated that they’re not the biggest fan of our teardowns. That didn’t stop us, of course, and our new PSP Go teardown is currently online, revealing the innards in detail. The process got me wondering what is inside other Sony gadgets. Growing up I took apart just about everything I could get my hands on, and I know I’m not unique. If you’re reading this, you’re probably curious about gadget innards, too. 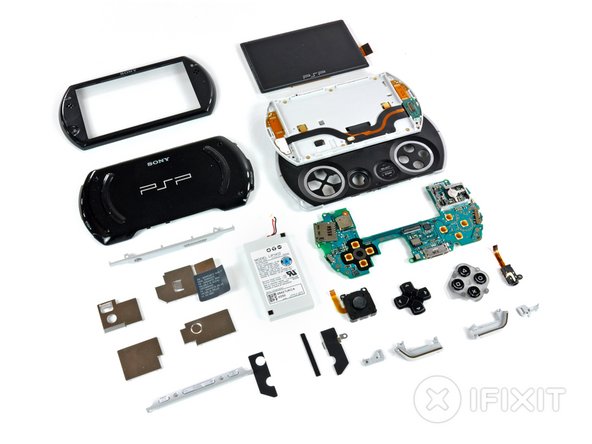 So we’re hosting a contest, judged by five notoriously picky staffers at Wired! We want you to take apart a Sony device — you can disassemble anything you like, as long as it’s got a Sony logo. Take pictures of the process and post them online.

What’s in it for you?

We’ve got a couple extra Sony gizmos around here. We’re giving away a PSP Go and a PS3 Slim! Yes, the PSP Go is the same one we took apart last week, so the warranty probably isn’t good anymore — but we promise, we only took it apart only once! Our teardown artists will even autograph it for you, if you’d like.

What are the rules?

What are the prizes?

Why are we doing this?

Sony, like many companies, would prefer that you leave your hardware just the way they sell it to you: assembled.

Clearly, we disagree with that. In fact, we’ve spent the last several years taking apart every gadget that came our way, showing off their innards for the world to see. We’ve written over one thousand repair manuals for Apple products, and made them available to the world for free. Just because Apple isn’t interested in making repair accessible doesn’t mean that we can’t do it for them. And we have. Hundreds of thousands of people have fixed their Macs, iPods, and iPhones using our repair manuals. But we just don’t have the resources to take apart every single device, and we want to involve the repair community as much as possible.

Why is this important? The electronics that we stop using eventually end up in landfills, often in third world countries. This July I traveled to Africa to find out exactly where electronics go after they die. The picture isn’t pretty — they’re crudely melted down by children working in scrapyards, mining copper and gold from electronics.

I was struck by a sense of inevitability when I took the above photo. All three of these devices no longer exist; shortly after I took the photo they were disassembled. Their plastic casings were used as fuel to burn the plastic insulation off the copper internals. The rate at which we abandon technology is shocking. We no longer have any use for this NEC cassette player, Phillips CD reader, or Sony DVCD machine.

We need your help. Let’s send Sony a message that their products are repairable by ordinary people like us, and that we are interested in using our gadgets for longer than the prescribed 18 month product cycle. What can you do? Easy — just take apart something made by Sony.

We want to get as many teardowns of Sony products on our site as possible in the next two weeks. Everyone’s got an old Walkman or Sony DVD player laying around. Take it apart and show us what’s inside!

Super-fine print: Void where prohibited, no purchase necessary, you’ve gotta be 18 or older, prize is not redeemable for cash, iFixit employees aren’t eligible, and we’re going to give the prize to the first velociraptor to write a teardown. So act quickly, or the velociraptors win. (Don’t be too concerned — it’s hard to hold a screwdriver with claws and no thumbs.)

GoldieBlox for the Win

PSP Go in Bits and Pieces