CES is a celebration of the 21st century’s nearly unlimited technological possibilities. This year was my first CES ever, and I saw a whole lot of groundbreaking new gadgets: Chinese company Royole rolled out a foldable smartphone. Samsung introduced a TV that turns into an art frame when it’s not in use. I even saw a robot escape from a showroom and get killed by a self-driving Tesla.

These bold new “advances” aren’t just limited to the kinds of devices we’re used to seeing and using—there are tons of new gadgets tackling life issues you didn’t even realize you had: a capsule-based home brewery, a smart pillow that imitates a breathing motion to help you sleep better, even a projector to help you cut cake into perfectly even slices. Does cake taste less good when it’s cut into uneven slices? I for one think that the only cake that doesn’t taste good is the kind that’s made with applesauce instead of butter. Because that’s just disrespectful.

What kind of innovation do today’s consumers want?

As different as all these products may be, they have one goal in common: They want us to need them. They want us to feel like leveling up the amount of technology in our everyday life is a given, not just a possibility. But what we need isn’t smartening up our life at any cost—what we need is to get back to basics and think about what we actually need.

I recently joined iFixit EU’s Team because I think the world needs fixing—not just its devices, but also its ways of thinking. We seem to think it’s a sign of improvement when you have to do fewer things by yourself. Like Bosch’s projector-cut cake, what kind of pleasure can a state-of-the-art home brewery bring me when I just have to put in a capsule, press one button, and then wait two weeks to drink something that doesn’t even feel like I’ve made it myself?

I admit that I used to be a big fan of the idea of fully tech-ing up your life. As a child, I loved the Star Trek universe and wanted to live inside of it. They have a machine that immediately gives you any food you want—what more do I have to say? But as I grew up, it just didn’t feel right anymore. Now, I love cooking way too much not to do it myself. I just like doing things myself in general, instead of having it all done by a machine. (No offense, Data! You were my childhood crush.)

Sometimes the thought of our world being more and more technological feels like losing control and self-determination. It can be a terrifying thought, and I’m totally not alone in it. One of my favorite events at this year’s CES was GfK consumer research association’s presentation of their recent research on a new group of people called smart lifers. Smart lifers are people my age, growing up in a world that’s becoming more and more digital. They own smartphones, fitness watches, and smart home assistants, but they also share my concerns—they don’t want as much technology in their lives, even though CES is trying to sell us otherwise. Instead, they want to be less online—disconnect to reconnect with face-to-face social interaction and in-person experiences.

Smart lifers also tend to be more critical of technology: On one hand they are pretty interested in technology in general. On the other, they feel overwhelmed by the world becoming more and more complex due to the influx of AI and smart assistants. Their trust in technology is decreasing. They’re asking, is it even safe to use technology? Answering this question doesn’t seem to be a priority at CES. But, at the rate manufacturers are cranking out “smart” expansions, it’s becoming increasingly important for companies to address issues like data security and lithium-ion batteries.

Let’s get back to basics

Of course there are more than just social consequences to thinking people need more (smart) devices. Environmental impacts. Scarcity of resources. Tons of e-waste. If you came here from iFixit’s Facebook page or our newsletter, you probably know this (and if not, you can read about it here and here). And if it’s true that many people don’t even want that much technology, it’s even more alarming to see it all at CES. It’s almost like an exhibition of all the future e-waste, invented for a quick profit but already making its death march to the landfill.

So, for me, true innovation isn’t trying to outdo others by being the “smartest” tech in the room. It’s not innovative to generate entirely new customer needs. We need people who think further and explore uncharted ways to fill existing needs—both of customers and of the world as a whole. Like these guys my co-worker Kay-Kay met at CES. Or Alienware’s Area-51m gaming laptop.

For me, it was so pleasing to watch Linus Tech Tips take the Area-51m apart. Because as a gamer, I know the struggle of how fast new games evolve and how quickly your gaming device gets too old to run them. That’s why I love that Area-51m has upgradeable parts plus swappable CPU and GPU—giving you all the benefits of modular desktop gaming in a smaller form factor. Alienware’s computer actually fulfills the needs of its customers who want to be able to play the newest games using the same device. And it fills the world’s need for more products with swappable parts, in order to stall the growing stream of e-waste. And, it fills the needs of my fixer heart since you can replace and upgrade its parts. Now that’s how you get back to basics.

The Smartest Thing at CES Doesn’t Have Electronics In It 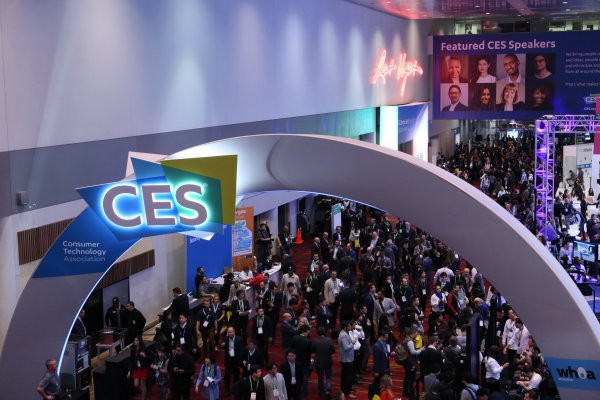 What Happened to Customer-Focused Tech Design?

When Smart Stuff Gets Stupid: A CES Tale