How to Reattach the Cap on an iFixit Precision Bit Driver 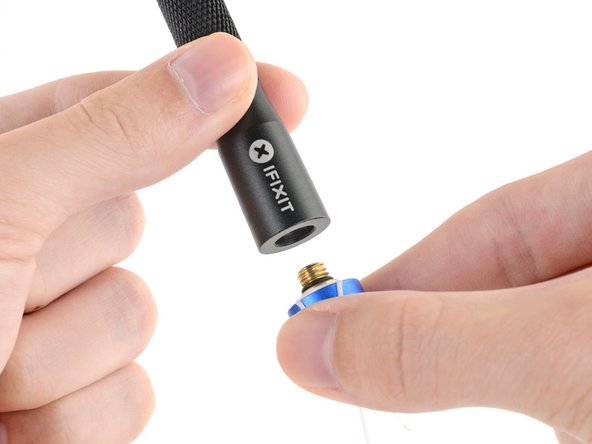 Follow this guide to reattach the blue cap on an iFixit Precision Bit Driver. You may need to do this repair if the cap has fallen out of the bit driver.

You can always contact our customer service team if you would like to replace your broken Precision Bit Driver.

Thanks for this information. I was worried about this but now I am Happy.

Well that’s interesting. My blue cap popped off the screw. I had to use superglue… :-\

Ok this is an epic repairability and culture standard that is demonstrated with this article - posting instructions on how to repair your own products! I wish this kind of attitude would spread in all tech industries.

I run a small tech startup myself, and this article just inspired me to do the same for the products we develop

Great this was the only thing talkative annoyed my about this set. Now I can fixit brilliant.. had a few do it in the past ones at my work and ones I use on my youtube channel.. but would not use or recommend any other tools.