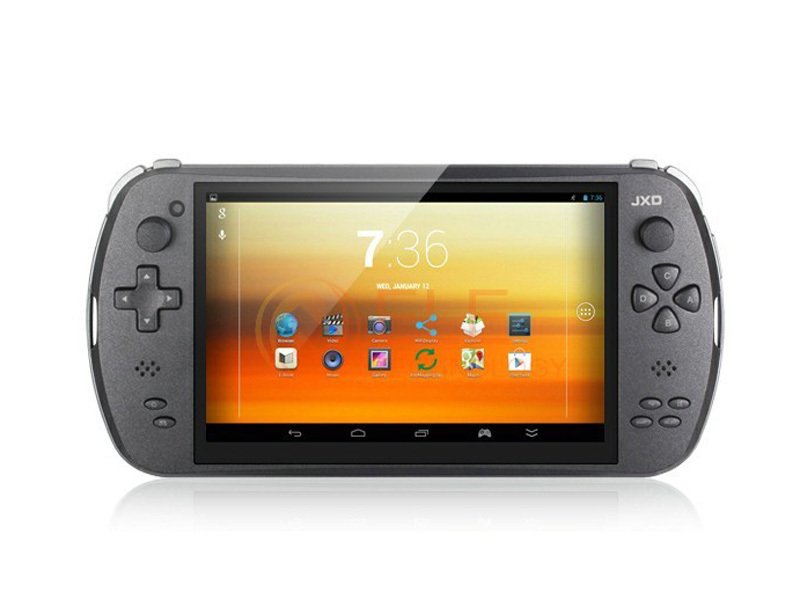 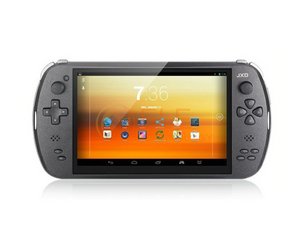 The JXD S7800B is a tablet/game console that runs on an Android operating system and has built-in controls.

The JXD S7800B is a tablet/game console that runs on an Android operating system and has built-in controls. The portable gaming console was produced by JXD, a Chinese manufacturer. It was first sold in mid-2013 and first delivered in October 2013. The JDX S7800 was sold in two models, the S7800A (which features an AllWinner A31s system on chip), and the S7800B (which features a RockChip 3188 system on chip and additional RAM).

The game console features a 7-inch capacitive display with a resolution of 1280 by 800 pixels and five-point touch capabilities. The JXD S7800B runs on the Android 4.2.2 operating system. It is sold with 2 GB of RAM and either 16 GB or 8 GB of internal storage. The system is pre-loaded with several games, including 100 Android games and 18 Emulator games. The console includes three ways to control games with a five-point capacitive touchscreen, various buttons, and a three-axis gravity sensor.

The JXD S7800B model also features a 0.3-megapixel front camera and a 2-megapixel rear-facing camera. It includes double speakers and supports MP3 and WMA audio formats. The tablet includes a built-in rechargeable 5000 mAh battery that is considered non-removable, meaning it is not easily removed and replaced.

The JXD S7800B gaming console can be identified by the name “JXD” printed in white capital letters in the upper right-hand corner of the device’s front face.