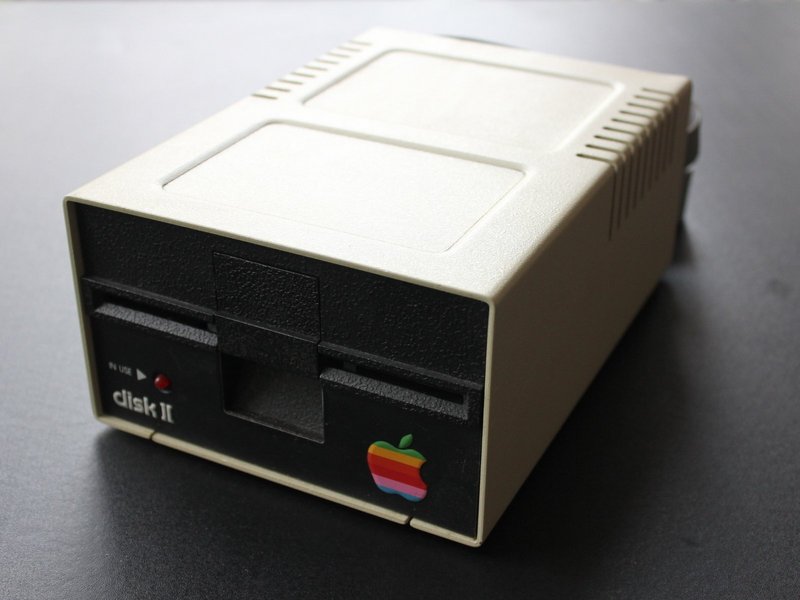 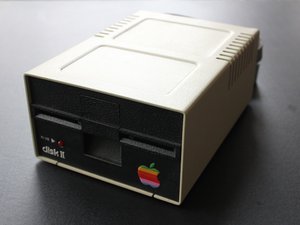 Apple Disk II Floppy Disk Subsystems include the name “disk II” printed in bold white font in the lower left-hand corner of the device’s front panel. The front face is often black while the rest of the drive’s body is a beige or cream color.