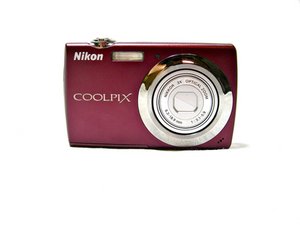 It shows up a lens error on camera.

How munch would it cost to get camera fixed? It is showing we have a lens error. and will let us not do anything with it.

Nikon Coolpix S2700 shwoing lens error, lens is operating but screen shows blurr. Then after some time lens gets off and shown "Lens error" sign before camera gets off.

If you dropped lens or hit the lens, while extended, even with very moderate force, there is NO easy way out. You may temporarily solve the problem by shaking or hitting the camera on your palm, but the problem will come back again and again. I think, both Nikon and Cannon simply should be sued for such poor and fragile lens construction and material used in the zoom mechanism in their bridge cameras. Be extremely careful while you use your camera, specially the lens extension part.

If your camera is dropped, or lens got even a minor hit, chances are that either the control gears of the zoom system is damaged, or the lens is out of alignment. Don't try to hit or shake the camera repeatedly, as this may dislodge the sensor or end up in other electronic complications. Charges of repairing your camera at Nikon or Cannon service centres is exorbitant. Look for a good camera repair shop and submit the camera under their disposal. Only very high skilled camera technicians can dismantle them and set them right.

jeannette08, as for the cost, this would depend on where you are going to take it. ifixit does nto do repairs:-) but you can try and fix it yourself. It is possible that you get the lens error because your lens is of the track or otherwise stuck. Take a look at this site. It does give a f solution that yo could try first. Here isa great forum with some good answers, and take a look at this for the same error on a slightly different camera. Hope this helps, good luck.

How to fix it.

My S220 fell off a counter onto the floor when I set it up for a timer shot. The lens would not close. I removed the battery, and that way it wasn't being drained. My neighbor happens to repair Samsung cameras, so I asked him to give me an estimate. He said he would try to repair the original lens first, if not, he'd have to buy a new one. I live in Buenos Aires, so anything electronic costs more. I ended up paying a total of $77 for labor and a new lens -- which is half the cost of the Nikon S220. It's a good camera that I've had since August 2009, and expect to use many more years to come with the new lens. I bought a generic battery in 2015 to replace the original one. The camera was worth repairing. My only option was asking a friend in the states to buy another one for me and bring it along when she visits me.