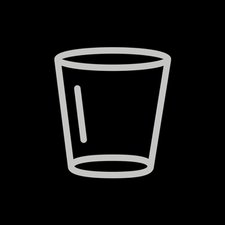 Phone keeps turning off and won't turn on after screen replacement

I recently changed the screen on my iPhone with a 3rd party LCD screen as my old factory screen was severely cracked and displayed green all over. After I changed my screen with great care, I started encountering issues the same day where my phone would randomly turn off within minutes (and sometimes instantly) and wouldn’t turn on unless I plugged it in to charge, even though my battery was fully charged (for context, I replaced + calibrated my battery a week prior while using the original screen and encountered no problems).

I’ve noticed that sometimes, tapping it or setting it down will cause it to turn off. It will eventually turn itself off randomly, even if held in my hand or resting on a table, with the frequency increasing the more I turn it on and it dying until I leave it to rest. I double-checked all connections during the repair and tested the phone before reassembling to ensure everything works, with no issues. I had the battery unplugged while connecting the screen to ensure no discharge or damage. My first thought was the battery, but the battery is brand new and did not pose any symptoms or problems prior to me replacing the screen.

Why is this happening? I’ve heard some theories about components making direct contact with other parts of the phone’s internals which could cause problems. The screen I bought, while 3rd party and LCD, is from a reputable manufacturer (as far as 3rd party parts go), was bought brand new, and from a trustworthy seller. The screen is fully functional, so I’m less inclined to believe the screen is defective.

@guardian10 @wigoman Thank you both for your responses. I double-checked all connections and re-seated them as a precaution. The bracket sitting over all connectors is securely fasted in place. Without the screen mounted back into the case, there are no issues whatsoever. The issue seems to happen when the screen is pressed back into place (which would explain why tapping/bumping the phone could cause this), at which point it completely shuts off and will not turn back on. Plugging it back in will allow it to reboot, and removing the screen once more allows it to run functionally. In short, the problem arises when the screen is mounted. I noticed during fitting, that there seems to be a discoloration about 2/3rds down the middle (typical of LCDs being pressed down) as if something sharp or narrow were pressing down from the inside.

This corresponds to around the location where one of the indentations on the back of the screen sits above the bracket covering all connectors on the motherboard, particularly sitting above the digitizer connector. My theory is maybe the 3rd party screen doesn’t fully sit in the space and creates resistance - it would explain why it works fine when not mounted, but will shut off when pressed equally into place. Why would this cause shutting down issues though? When connecting the phone to charge, it first displayed the red discharged battery icon (as if the phone had run out of charge), then immediately showed the apple logo and booted up, showing the phone is more or less fully charged.

Turning on/off is usually a connection problem. In addition to a loose cable/connection it could also be the board connector for the screen. I’ve seen those get pulled off during replacement.

The screen cables might be loose and are getting dislodged when you tap the screen or put the phone down.