So I upgraded my unsupported Macbook Pro to Monterey with the Mr. Macintosh Installer and everything worked as usual except that I get some graphical glitches as seen in the pictures.

I did the same with my mid 2012 13inch macbook and no glitches at all. 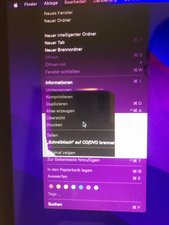 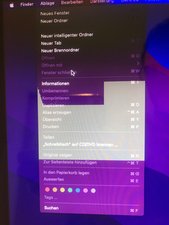 It's because your laptop isn't meant to 'support' an OS 12 years later.

People think forcing Os's on a laptop is a good idea - While yes it saves money, just because you can install it doesn't mean it's going to work efficiently. You're practically Hackintoshing your laptop therefore there's something that's bound to go wrong. In this case, MacOS Monterey requires a certain PPI (pixel per inch) / screen resolution to run perfectly. If I remember correctly, the 2010 to 2013 Unibody Pros has a 720p screen which is nowhere near the minimum requirement for Monterey. I believe it's something along the lines of 1080p or even 4K now. Plus, it probably can't find the right display drivers to run on your laptop as well which can cause that weird ghosting look you have as it cant run as the displays native FPS. Either downgrade to the last MacOS version that you had success with and it ran like butter or just get a new Macbook. I think Apple is supporting BigSur security patches till' 2025 so you should be good.

Thanks. I will try downgrading it then :)

@danj No, you can use a patcher to get easily to Mojave.

@bezzzles - You missed the point, What Apple 'supports' is the key issue. Not what I or you can force onto the system. Just because you can install it doesn't mean it will work without an issue.

@danj You've missed my point completley - Patchers from people like DosDude1 are meant to be run on systems like these. They're excellent for a while but sooner or later the hardware will just become stupidly out of date.