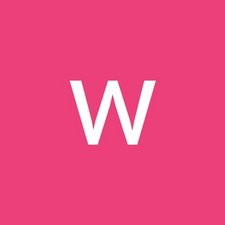 Boot loop when trying to load any OS

So the other day I found a 2010 macbook pro 15 someone threw out (they were nice enough to include the OG charger, 16gb of ram, and a DP+USB to DVI+USB OEM cable). However it seems to boot loop whenever it tries to load an OS.

The OS previously installed boot loops when it gets toward the end. If I try to use a High Sierra install USB, it will freeze, crash, and boot loop after the first page. As soon as I press “next” after the first page where you select language, it would just crash. The SSD I was going to try to install macOS had Win10 previously on it, which does load but as soon as the spinning circle appears it freezes up (and sometimes boot loops).

I’m wondering if this is the case of a dead GPU, I’ve seen a 2010 15in that had a dying dGPU but that thing would kernel panic in the OS instead of just boot looping outright. Has anyone seen this kind of problem before? Is it a dead GPU or is it something else?

Are you able to boot up using Target Disk Mode (TDM) ? Disconnect the battery following this guide MacBook Pro 15" Unibody mid 2010 Vervanging van de batterij, then press and hold the power button for 15 secs to fully drain the logic board. Now plug in the MagSafe charger and quickly press the T key to enter into TDM.

TDM bypasses POST and leverages Intels HD Graphics which is within the CPU bypassing the discreet NVIDIA GeForce GT 330M GPU logic. You should see a FireWire Icon on your screen do you?

Yes, target disk mode seems to be working. It's probably the faulty GPU/capacitor for the GPU then?

@watercannons collaborations - Yes, you have a NVIDIA GPU issue