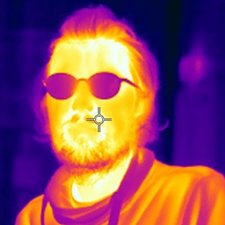 I have a MacPro 3.0 early 2008 with 8 GB of ram and Dual 3.0 Ghz Xeon, Original GPU (don’t know the model, Nvidia without a fan).
It was running very well under linux (Xubuntu) 24/7, mainly for foldingathome project, so heavy load (it’s like mining on CPU but for science).
During the week-end it stopped working, and when i tried to access it, the fans were spinning at 100% speed but completely cold, screen was black, mouse and keyboard were not working, power led was steady on. So, I long pressed the power button and tried to reboot, power led come up steady, fans spin (low speed), HDD spin, 4 red leds flash once on each ram riser. Nothing more, no chime and screen black, the computer keep running like this forever.

So here is what I have tried so far :

I’m not a newbie in laptop diagnostics (even at motherboard and microsoldering level), but never tried a desktop one and especially an apple device. So if you have any advice on things I can try, just tell me. Also if someone have a link for the motherboard schematics, diagrams or repair manual it would be super usefull.
Thanks in advance for your time.