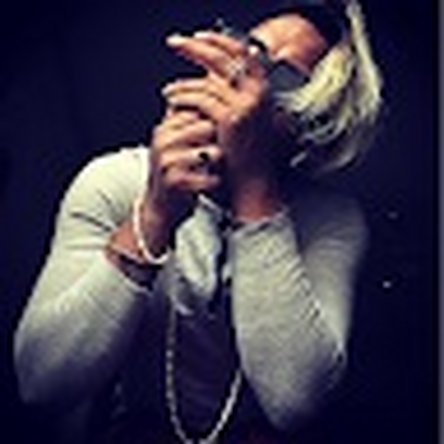 I have a MacBook Pro mid 2010. works amazing I only upgraded the memory from 2 and 2 to 4 and 4 not to long after it started ghost clicking and switching screen

I noticed it did this when it started getting hot. so I want to change the battery because I got the service battery message and I read in other forums that it the thermal paste for the over heating and then some say the battery Is swelling which can tamper with the track pad and cause ghost clicks…..

so I wanted to know since the model number on the battery is A1321 and the battery being sold here is A1281 would it work in my MacBook Pro?

THIS THE COMPUTER ON AWAKE 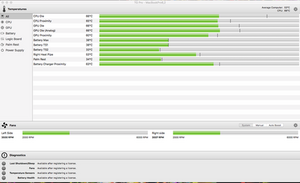 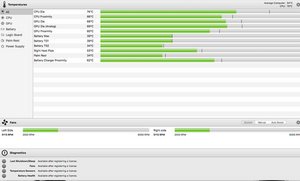 I can’t install much or update the OS because of the heating and ghost clicks but this happens when its overheats. the computer Doesn’t shut down or run slow so I can say it’s not the CPU.

I also notice on the image of the battery for sale its has the same model number as my battery but the item labeling on the site was where my curiosity was sparked.

About three days ago I cleaned the fans and compressed air cleaned it. The system gave me a full 36 hrs of no issues until it started again but not as bad as it once was.

Is TG PRO FREE or trial at least. The mid 2010 one looks like mine but I no the connector was the issue for most buyers of this product. Then the compatibility and specifications it kinda threw me off. Because my initial journey was to update the OS system hoping it would solve the ghost clicks and that process took me down a rabbit hole which lead me to understand even more that the battery thermal paste and over heating was and issue if I can solve these minor issues then I can clear the hard drive of unwanted stuff giving the computer more work space and then update the operating system and then progress with any other installs....

SORRY FOR THE LENGTHY EXPLANATION

If we look at the two batteries:

Which one looks like yours? These are very different batteries as such you really can’t use one for the other. You may have the other system (selecting the wrong system)

As to your other issues. I would recommend installing TG Pro so you can monitor your systems thermals, depending on which OS you have installed you may need to contact Matt via support@tunabelly.com to get the older version if you need it. Once you have it installed and running take a snapshot of the main window making sure to capture all of the sensors and fan info (you may need to slide the window down to get the ones hidden and post them here for us to see Voeg afbeeldingen toe aan een bestaande vraag Once we have the data we can advise you what’s needed.