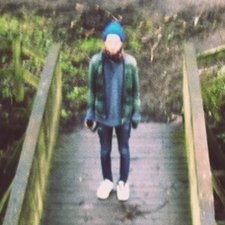 My laptop would go into to this locked-in cycle when it would heat up, start throttling itself and not being unable to finish certain tasks (due to throttling). It could stay in this state for as long as it wants without ever coming out of it. This model is known to not cool itself enough, so I installed Macs Fan Control which I used on many other models thinking this would help.

Setting the fan to kick in starting at 38 on CPU Core 1 , finishing at 90 degrees celsius it really was not all that much helpful, because from what I could gather the fans would receive news about the built-up heat only AFTER it has already built up, instead of WHEN it’s building up. It’s as though the SMC controller is a low priority process and really gets a chance to do something only after all user and system invoked processes have calmed down, but if they are eating up the CPU and causing it to heat, good luck awaiting for that fan to kick in. It’s not going to do that, causing heat to build up, the CPU to throttle, unable the tasks and not giving any priority for the SMC to start the fans.

Is it only me or has anyone else noticed this on this model / any other models?

Lets get a better idea on whats happening. Install this great app after disabling MacsFanControl as its not able to offer what you need to figure things out TG Pro you'll want the full version here as you want the logging function working side by side with Activity Monitor.

For now take a snapshot of the apps main window (you'll need to adjust the size so all of the sensors and fan info is visible on one screen capture) Adding images to an existing question. That way you can track the two to see what is the active app process which is running you ragged.

I would also run the onboard diagnostics to see if anything pops up. Restart your system pressing the D key to enter. Let us know if you get an error and what you got.

You can contact in Apple support or take the system to apple authorised service centre .

@george441 - Thats not very helpful with so little known.

Remember the I in I Fixed It is the goal! Not always running to Apple or whoever!

Sometimes we do need to aim people to Apple, I think we can do better here! And help is free!