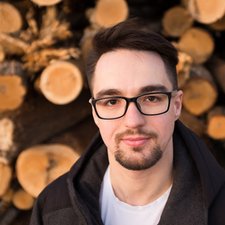 Today I bought two more identical modules and tried to install them. So now I have 4 identical modules. But my iMac didn’t start. I can only feel that warm air is coming from the iMac, but nothing more: the screen is black.

So I think, that modules are ok, and the slots are also ok. So what could be the problem?

Are you able to get to the onboard diagnostics when you restart the system pressing the D key?

I've tried but got no reaction. Black screen and nothing more.

I’m having the same identical issue 4 x 8 GB HyperX modules each pair works in either bay pair and switching the module bay order. It just does not work with all 4 installed, called Apple and all they could advise is take it to the Apple Store for a check up

@paul_carroll - Sounds like you got the wrong RAM or they are defective. Try a another source.

I check on this website for compatibility. https://www.mrmemory.co.uk/memory-ram-up... And it says it compatible. So unless they have it wrong then pretty sure it should work.

Give this a shot. Install all the RAM. Now we are going to zap the PRAM. Hit the power button and immediately hold down the par,option and command keys and hold them down. The machine should reboot. Continue holding down until it tones three times and release the keys and allow it to boot.

Details:*By default, 8 GB of RAM is installed as two 4 GB memory modules (and two slots are unoccupied). For some curious reason, Apple only permits this model to be configured at the time of purchase with 16 GB or 32 GB of RAM for an extra US$200 or US$600, respectively. However, as first determined by OWC, it actually can support up to 128 GB of RAM with four 32 GB memory modules.

At this point I would replace the original RAM and then attempt adding your new RAM. Also your new RAM may just not be compatible with this MAC. I would also contact Kingston and ask if the HyperX HX426S15IB2K2 is rated for this iMac.

I've tried it but got no reaction. Like if nothing happened. I only feel warm air blowing from the back of iMac, but nothing more. I've tried to press the keys before switching the mac and immediately after. I've waited for a minute holding the keys, but nothing had happened. No reboots, no apple logo, no beeps...

Let's make sure you are doing it correctly. here's a video on doing it:

Yes, I did it as in the video. Tried with a stock magic keyboard and with my USB keyboard.

And I also did SMC reset (actually, it's difficult not to do it when you install new RAM: if I understood correctly, the only thing II have to do is to unplug the power cord for 20 seconds, and I have to do this to open the RAM cover)

It does take a bit of time to boot when the system needs to validate the new RAM config.

Put the RAM back in make sure the RAM is fully seated. Restart the system, let it sit for a half hour the system should have booted by then.

If not take the original RAM out and put the new RAM in its place (slot for slot) did the system start up then?

I tried to leave it turned on with the black screen and new modules inside for an hour but it gave no result.

About the original RAM: I don't have it now. I only have 4 identical, non-original 8Gb modules.

Time to get another set from a known iMac RAM supplier ;-{