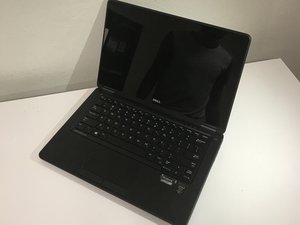 The Dell Latitude E7250 was released in 2015 by the Intel Corporation. 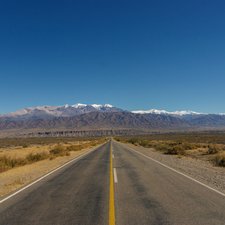 My Dell e7240 won’t turn on anymore: plugged in or not, the fan makes noise for a second and the computer then turns off. The screen does not turn on either. I have already tried to reset the CMOS battery, and I also changed the motherboard without success. What path would you suggest?

Thanks for your help

EDIT: I forgot to mention that the days before it died, the laptop was running very hot, so this may be fan-related?

Why didn’t you try the battery and took the nuclear option first? It’s often caused by a battery issue - on my E6540, my machine didn’t boot the first time and I either had to wait or press the power button twice to get a boot. When I ran it without the battery, that completely resolved the issue. The battery is more notorious for creating boot problems.

In your case, the board was not likely to fix it and it was an expensive gamble. When it comes to the E7250, I see a lot of those with bad board like symptoms sold for parts.

One or two isn’t concerning, but when you see them in large numbers there’s a systemic hardware issue. The Intel HD/Iris Latitudes are bulletproof - it’s the ones with a GPU that are more known to have hardware flaws like dying GPUs - the E7240 is too small to even have room to introduce that failure point. In general, a whole new board is about as much as a No HD machine you can transfer the ownership on and swap drives over, so that repair is typically not economically viable unless you get the board dirt cheap once it’s a confirmed board issue.

Since you already tried the board, try disconnecting the keyboard and trackpad, and check for a boot. It’s kind of a long shot, but seeing as you changed the board that’s the last major part I could think of that would cause it to not boot and there’s not much left to try.

Did you repaste the CPU? That will do it too.

Thanks. Will try without the battery as well as without the keyboard, and will keep you posted.

To answer your question, I have never touched the CPU thermal paste of this laptop. I understand that CPUs come soldered to the motherboard, wouldn't this imply both motherboards have the same thermal paste issue ? You seem to have experience with this laptop, do you think this could this be because of a defective fan?

As a sidenote, I got a second-hand motherboard from ebay for €50 so probably still cheaper than the no HD option (which in hindsight would have been a better choice I agree).

@Jean Odoux I would not trust the paste they come with - repaste it. At least with No HD you could have transferred the ownership, swapped the drives, backed up and reinstalled 7 and upgraded it to 10. As a general guideline, my rule is if it's 2-3+ CPU generations out of date with a major issue (Ex: bad motherboard) or expensive work needed, I usually upgrade to at least a Haswell based system (Ex: Sandy Bridge->Haswell).

I'm familiar more with the E6 series personally - I had an E6540/Radeon 8790M edition and it had to be retired due to the GPU burning out.

If you keep having issues with it yeah buy one without the drives, transfer the ownership (you either need a proof of purchase or need to know or it can't be done) and move your drives to the replacement. I'm in the US, so board swaps are almost never viable with how many ex corporate machines you have at your disposal to pick from to replace a dead board machine for cheap if you shop and bid right. The catch is you absolutely need to check if it's cam/no cam because a lot of the bigger companies order no cam machines since they can afford the delete, while end users, small order lots and one off buyers use tape.

have you tried using different power brick /adaptor with the same voltage rating as the original?,

Thanks. For some reason, I did not realize until now that I had gotten replies on my thread... sorry about that. I have tried other Dell chargers but unfortunately this did not help.