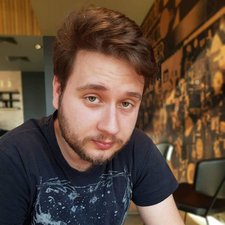 Rear camera and FaceID not working after phone was dropped.

So to be fair, my phone fell from the roof of my car and was run over by another car or two…

Regardless, the only thing that broke on the phone is the rear camera glass and now there are press marks on the screen itself however, the phone still works… mostly.

As the title implies, after the phone was dropped its rear camera, FaceID and the rear flash stopped working although the front camera works.

I am planning on opening the phone to check if all of the connections are in place, however when researching was able to find a forum where a submitter had the same issue and someone mentioned a camera IC chip. (To be fair again, this was for a 6s)

Now I don’t have schematics for the phone and can’t confirm whether or not there is one on the XR model, but looking at pictures from google (on previous models) and comparing them to the pictures from the ifixit website, I can’t seem to find the chips - either right above the camera connector or next to the LCD connector.

Could anyone please advise whether or not the XR model has an IC chip and where it is located on the motherboard and it’s model number so I could try to order one?