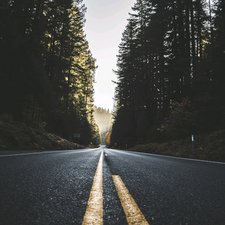 Phone boots and backlight turns on but display is blank

So I bought a Nexus 5x off of eBay that didn’t turn on. Tested a new battery and the phone booted up but was stuck on the Google logo, then eventually turned off and wouldn’t turn back on. I then tried another battery but it still didn’t power on.

Next I tried the bootloop/no power fix using a heat gun with solder flux on the memory chip. This has caused it to boot up completely into the OS and shows up via USB on my PC but there is no display, only backlight. I then tested a known good screen with the same result. I also checked the display pins on the mainboard which look normal.

Does anyone have any idea what could be causing this or experience in fixing this issue? Or how to go about testing for further information.

when you where using the heat gun, did you accidentally heat up and move any component that caused the display to stay blank. try looking closely at any chip or component near the memory chip, and see if you moved anything.

I made sure not to really touch anything and scoured the board and everything seems to be fine. The odd part is the display briefly working before then not working after the heat treatment. I do have a multimeter and a fully functioning nexus 5x board to test and compare but not really sure which parts on the board handle anything to do with image.

These are also the 16gb boards but I've found replacement ones along with the 32gb ones and the price difference is minimal. Would you be able to just replace a Nexus 5x 16gb board with a 32gb board and have everything working fine?

yes everything would work fine if you choses the 32gb board because the only difference between the two is storage.

@FiddyOnFiddy try looking around the internet for the schematics of the board, if you cant find the schematics just go from chip-to-chip on each board to see what is causing the the image to be blank