The Apple iPhone 5s was announced on September 10, 2013. Repair of this device is similar to the previous models, and requires screwdrivers and prying tools. Available as GSM or CDMA / 16, 32, or 64 GB / Silver, Gold, and Space Gray. 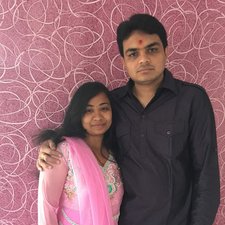 Having an problem to remove 3.9 mm Pentalobe screws its just rotating

Having an problem to remove 3.9 mm Pentalobe screws its just rotating inside not coming out what should i need to do please suggest me thanks

It sounds as though either the screws, or the slots that they screw into have threaded. The easiest way to remove pentalobe screws when this happens is by doing the following.

1.      Hold the phone right way up, but at a height so that technically gravity will be trying to pull the screws down.

2.      If they have not fell out by this point, then start to unscrew them, as they should loosen up out of the slots, and it will edge them out of the groves.

3.      If after this step, they have still not fallen out, grab a large magnetised screwdriver. I find this step the most effective. I tend to use a Phillips screwdriver the same size that you would use to remove a drywall screw. Nine times out of ten, the screw has always latched onto the screwdriver and pulled straight out.

If there is still difficulties removing the screw, it may be a good idea to try removing the screws, and you are trying to pry up the screen, as the screws may be stuck against an internal part/component that is not allowing you to remove this. Even if this does not work, the best bet may be to either take this to a shop, or have them drilled out.