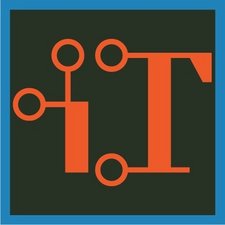 Power cycling before and after battery replacement

In my repair shop I don’t work on Apple Watches but I did replace the battery on a Series 1 for a friend who had purchased a replacement battery on his own from iFixit. The watch after having set unused for several months would power to the Apple logo then shut off. I told him I thought there might be more to it than needing a new battery, but since he had purchased one I would install it for him.

The physical replacement went well and I got the watch back together fine (actually easier than I anticipated getting into the watch). When I first put it on the charger (OEM charger and cord by the way) I got what people have termed the “Green Snake of Death”. My amp meter after some initial swings seemed to settle in at around 0.32amps with occasional moments of zeroing out. Even when leaving it on the charger for an extended time I never noticed the watch getting excessively warm. Overall, I assume the battery was charging. After multiple attempts I have not seen the “green snake” anymore and now the battery will at times power to the Apple logo and turn off (never actually power cycling though on it’s own). So basically it appears to be at the same status as before the replacement.

Has anyone been successful getting beyond a similar situation on a consistent basis? I assume that as with the iPhone there is logic involved in the whole charging system and that somewhere an IC on the motherboard, the battery and the charger are not communicating with each other correctly. Any ideas? Thanks.

Since the iWatch batteries are cheap, I’d try another battery just in case you happened to get a bad one from iFixit. I have had this happen more times than I can remember with iPhone batteries.

I am assuming that ifixit covered the batteries under warranty?

does another battery made your watch work again? Im facing similar issue.

it it really a batterie topic=

The Apple Watch doesn’t seem to be making it through the original charge causing it to repeatedly try to start with minimum power and doesn’t. Overall, I assume the battery was charging. After multiple attempts I have not seen the “green snake” anymore and now the battery will at times power to the Apple logo and turn off (never actually power cycling though on it’s own). I’ve done all the 4 recommendations from the Apple Help section without success, Now I’m thinking it’s a software issue, I’ve been on to Apple Site stating Charging & Battery Issues and they’ve been great help sending me packaging to look at it with no cost which is Excellent ?