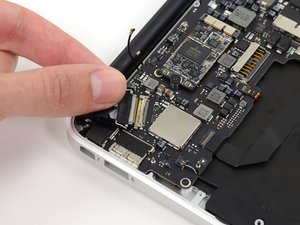 I bought a Rosewill Nebula GX10 from Newegg for black friday for about $10. It’s been like 2 maybe 3 weeks now and the microphone has stopped functioning. But to be more specific, it stops functioning after I bend the microphone itself on the headset past a certain angle. In the picture, the green area is where I can place the microphone while still receiving feedback . In the red area, the microphone cuts off and I don’t see or hear any audio coming from the mic. I know the problem doesn’t lie with the jack nor the cord as I’ve messed around with different jacks from different computers and oriented the cord in every manner I could think of. Using Windows’ built in audio settings and discord to verify audio input from the mic. Any ideas as to what specifically is the issue before I take apart the headset? 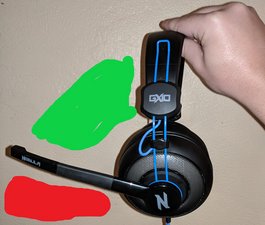 Geek it Together, Inc.

The microphone itself should have a pair of wires running inside the armature and into the main body of the headphones. Because you are noticing the issue change states as you mechanically manipulate them, I would guess a loose wire or solder point that is pulling into contact when the arm is up, and loses contact when the arm is down.

Thanks, I had a feeling that was it. Now to find an entry way into the headset without disassembling the entire thing (if it's possible) :P