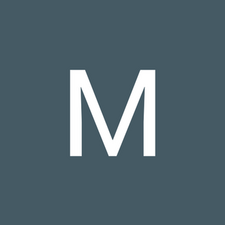 My apologies ahead of time because this is a very long report, but I really need help here:

I recently dug our late 2003 15” PowerBook G4 1.25 GHz out of our barn to try and fix it up, it looked okay (except that had a bad flickering screen) at first, we looked at its files, tested applications, tried the DVD player, played music, etc. (the screen was unpredictable, sometimes it would stay alive for 30 mins, sometimes 30 secs but if hooked up to a monitor fine) and it worked fine for a while, occasionally doing a kernel panic or it would hang a grey transparent curtain over the screen that said I needed to restart my computer or do a hard freeze (see photos) and it would tell me I needed to set my time and date every time I restarted the laptop.

All of the above required me to force shut it down by pressing and holding the power button. Over the course of a month or so, these problems seemed to slowly started getting worse, to the point that I could rarely boot it all the way without it freezing or doing a panic (with the exception of the flickering) and then oddly over a couple of weeks got better (including the flickering) to the extent that I could work on it for 30 mins to an hour before freezing (which is weird because I didn’t do any resets or repairs on it during that time).

I then replaced the screen to fix the flickering (which it didn’t do, in fact the screen looked worse because it now had weird white blotches on it). After that I did some resets and checks to try and diagnose the cause of the above mentioned problems. I also ran FSCK and it checked out ok.

At this point I thought it might be the PRAM batt so I ordered it and a inverter board (for the flickering) from PowerBookMedic.Com (both were used but they list their parts as being grade a condition unless otherwise specified) I replaced both parts, the inverter board fixed the screen, the PRAM batt fixed the time issue.

Not a waste of money, but didn’t fix the freezing or kernel panics. After this I didn’t do any repairs for a while, and then when I was using it, it quit, and now when I try to start it it won’t boot!

When I press the power and listen all I hear is a click from the hard drive and a little bit of electric component whining, so I took it apart and took out the hard drive and plugged it in to our iMac, ran First Aid and it checked out okay and so I reassembled the computer and it still won’t boot.

So is this a bad motherboard? Or something else? 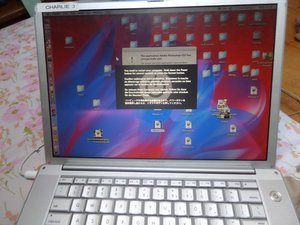 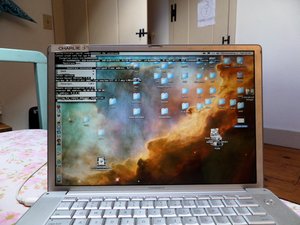 It seems you’ve tried everything except resetting the SMC (System Management Controller).

Here’s a link to Apple’s article on this topic.

is it a bad motherboard?