Home button not working? Does it need Logic board soldering? iPhone 7

Bought the iPhone used and the home button did not work at all, but I did manage to get to work (Don't ask how) but then stopped working, It is as if the phone doesn't know the home button is there!

The iPhone 7 Home Button can be repaired under certain circumstances. Without seeing your HB flex though, it’s impossible for me to say if yours is one of them. You also can’t replace the HB as the ones that are being sold are for cosmetic purposes only…they fill the hole in the screen, that’s all.

If the HB flex can’t be repaired, then the only other option is having Apple replace the screen and button. They can program a new button. However, if you phone shows signs of work and has a replacement screen, they can refuse the repair.

There is a new solution being marketed by UnionRepair (I am not affiliated with them). This consists of a replacement Home Button that gives you “click/return” function but not TouchID. Full Disclosure - I have not tried this myself yet but if you have a damaged HB and do not wish to or cannot go to an Apple Store, this could be an interesting solution.

Hi, There is a replacement available for Damaged Iphone 7 - 7 Plus - 8 & 8 Plus Home buttons

The modification allows the installation of a aftermarket Home button

Both the flex & button are included within the kit

The replacement will operate the “Return to Home function” but will not facilitate the “Touch ID facility” essentially the same as the Iphone 5’s & Iphone 6’s with replacement Home buttons..All the functionality but no “Touch ID”

This is achieved essentially by replacing the Iphone 7’s & 8’s button (which are effectively Electronic sensors) with a old style mechanical Button (Internally) Similar to the older Iphone 5’s & 6’s… Cosmetically once they are fitted the new replacements are identical to the newer Iphone 7’s & 8’s style buttons…. The replacement Buttons have the “Click” when pressed unlike the Iphone 7 & 8 Buttons

They are ordinarily damaged (innocently) by the Iphone owners attempting to replace their own screens & tearing the Home Button flexes (often not enough to be seen by the naked eye, but enough for a tiny Data line to be broken)

There is a small issue to be aware of, That is because of the replacement Flex modification the “Headphone via the Lightening to 3.5mm Jack adaptor” doesn’t work? Bluetooth headphones will still work OK though 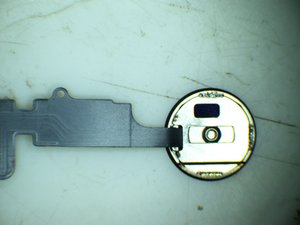 Back of a modified Home Button 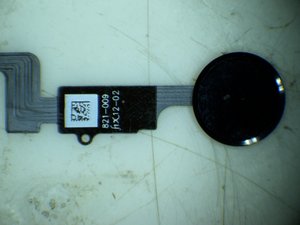 Front of a modified Home Button 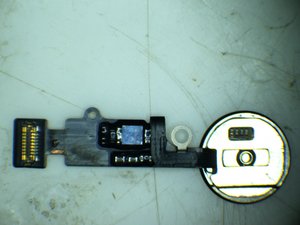 Back of an original Home Button 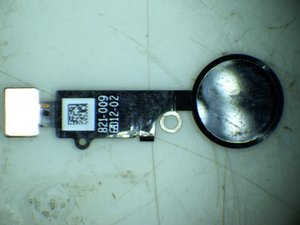 Front of an original Home Button 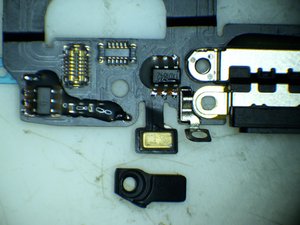 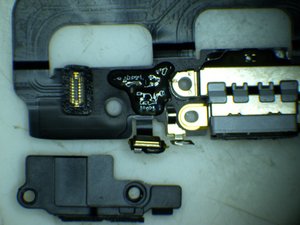 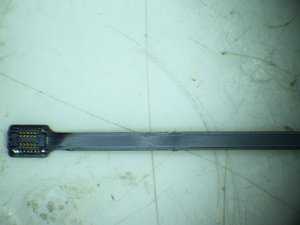 Back of the Board connector Modified Home Button 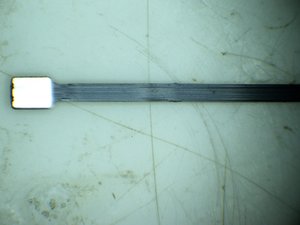 Front of the Board connector Modified Home Button

Thanks for sharing this. There is a new Home Button solution on the market, currently available at Union Repair (not affiliated) that appears to do away with the limitations of the solution you link. Full Disclosure, I haven't tried it yet but if it works, this would be a much simpler "solution". It only offers the click function, not TouchID.

Thanks Minho, it is the Union repair V2 that has these limitations I believe?

I Purchase my Kits from ReplaceBase (UK Based) because it is more time efficient than the shipping involved for Union repair. It is my understanding that ReplaceBase source their Kits from Union Repair & the limitations are listed on the ReplaceBase website

I think the version that you maybe referring to is the straightforward Home button replacement?? apparently from what I have read the feed back is an issue regarding this swap hence the V2?

Anyone tried beating down China pricing on refurb (reflash) boards with home button via Alibaba or AliExpress?