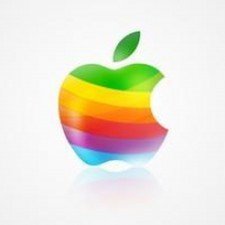 2011 iMac shuts down after booting to desktop

Recently, iFixit had diagnosed an issue with the 2011 iMac as being the dreaded GPU fault. Instead of replacing or reballing the card, I bought another used unit and switched drives, and I was back to work. I have since replaced the iMac with a Mac Pro, sold the replacement iMac and wanted to try and repair my original iMac.

I did the disassembly and followed a guide to “bake” the video card. It seemed to work as the Mac now booted up to a stable desktop. To test the repair, I left it on for 3-4 days and it would always come out of sleep. I noticed that there was a software update, so I did the update (High Sierra 10.13.6). Since this update, the machine will boot up to the desktop, work fine for a few minutes, then get a sleep window (randomly) and turn off. Before the “bake”, the iMac would get about 50% through the startup, present a solid gray screen and re-boot automatically in a continuous loop.

Is this just a different symptom of the GPU video card or is this another isolated issue as the machine now completes the boot cycle? Any suggestions on more in depth diagnosis?

Update January 2019. Replaced video card with a 5770M and iMac is back working again...thanks to iFixIt!

What is happening here is the POST is not completing.

Give this a try: Restart your system and hold the T key to enter into Target Disk Mode. If your system boots up with the FireWire/Thunderbolt icons floating on your screen, you’ve proved the GPU is still failing. TDM leverages the built-in GPU services within the Intel CPU, it also bypasses the dedicated GPU POST testing.

Dan. Yes, get to the floating disk icons. So it was stable for the last hour...would sleep and awake from sleep no issues. Upon seeing your comment, I tried the TDM. Does this confirm that the card is still faulty and does need to be replaced? It's not another issue (ie: power supply)? It did reboot right back to a working desktop after this test...and is still there (no shut down)

Yep! New GPU board is needed to fix this puppy.

The reason it works normally sometimes is because its on the edge of working.

Dan. Thank you. It just turned off again. I hear a "poof" and the machine turns off . Upon re-start, I can hear a fan ramping up and slowing down. I assume it's trying to cool the GPU? Now to source one here in Canada without the ridiculous customs fees. Thanks again!

DAN!!!!! three years later and I stumbled on this thread and your answer, in search of the reason my 2011 iMac shuts off about 3/4 into booting up. I did not know that "TDM leverages the built-in GPU services within the Intel CPU, it also bypasses the dedicated GPU POST testing." THANK YOU!!

Does cpu fan working fine any heating issue may cause this reboot. Refix ram or other hardware. I dont this due to update it reboot.

All fans are functioning fine, but the machine does not stay on long enough for any heat to be generated. It boots to desktop, then presents the sleep window and turns off.

first remove any external hardware including graphics card or usb devices and boot your system without that hardware .

There must be some hardware failure. Might be RAM. Try to use same RAM on other computer.

Or first try to reinstall operating system. If problem persist then try to test each necessary hardware one by one like ram, harddisk etc or