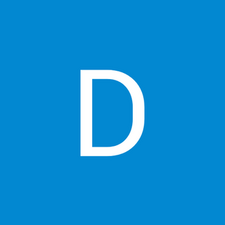 Turns off when power is unplugged + Not charging

I have a MacBook Pro that is having some sort of power issue - i’m not sure if its battery or board.

Its an older computer so I had the battery replaced at a locate repair shop, the new battery was put in and Coconut Battery stated it has 98% of its capacity available. a week I noticed the computer can’t turn on, so I plugged it in to charge and it turned right on, the charge light went to orange and the battery indicator said 100% charged - so I unplugged it and the computer turned off immediately. I plugged the computer back in and it turned back on, so I started using it while plugged in; within 30 seconds the screen faded off and the light indicated it was asleep. This was odd, so I pressed the power button and it turned back on - It woke up right away, only for it to sleep 30 seconds after.

I left the computer for a few hours to see if it will charge, and the indicator stays orange.

When I booted it, I checked coconut battery and it still says no battery fault, it reads the mAh that the battery has and it says the cycle count is at 7 currently (which is about right)

any help would be appreciated.

Did you have a liquid spill into the keyboard and/or trackpad, or sit the system down on a wet surface?

Nope never! I babied this laptop, the only problem is the track pad got a crack in when the old battery went out. However didn’t effect it...it still works as if the crack isn’t even there

Take it back to the repair shop. They should go good for that. Sounds like a bad replacement battery.