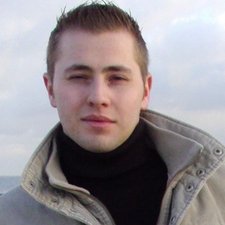 The iMac was upgraded last year to a i7 with 16 GB of RAM.

It worked just fine till last week (after a moving from one building to another, the iMac was strapped and secured in transit).

When booting the system it takes up to an half hour to get to the log in screen….

Once you’re in, sometimes an app opens like normal, 10 seconds later the same app will not open … it takes like 15 minutes to open, you just can’t work with the system in this state and it’s freezing at random times.

What I noticed when booting, the upper side of the screen is normal (blue-purple) the bottom is white with lines and white blue purple and yellow squares) so I was thinking this is a GPU problem?

But thats only when booting, not when we use the system…

When I check the RAM, HDD usage and the CPU usage everything is normal. But like I said before, I’m not an Apple user so I don’t know where to look further (like I know what to do with windows machines)

Can someone help me out?

I am less worried about the graphical services noise on startup Vs the slowness in access files on the local drive.

From the sounds of it, it does sound like the HD is having problems. At this point I think you’ll need to create an external boot drive so you can boot up under it and then use Disk Utilities from it to test the drive as well as fix any issues present. But before you do that you may want to make a backup of the drives files if you can and hopefully that has already happened so you don’t need to struggle with the slow drive issue you are now facing.

Assuming your friend made a good effort to keep his system updated here is how to make a OS installer drive: How to create a bootable macOS Sierra installer drive Hopefully this is the correct release he has on his system, it’s the best one given the systems age.

Once you have created it use it to boot up the system by holding the Option (⌥) key it will allow you to control which drive to boot up from. We don’t want to install the OS here we just want to get to the menu to launch Disk Utility to test the internal drive.

Let us know what you find out!

Yes, I would say if a SMC, PRAM/NVRAM reset does not work then it would probably be an issue with the Hard Drive. Good thinking Dan!

Have you done SMC, PRAM/NVRAM resets? If so, go ahead and try these out and see if it fixes your problem.

How to reset the SMC, PRAM and NVRAM on a Mac Desktop