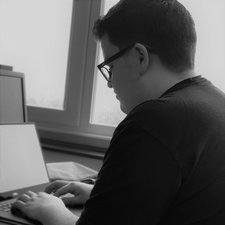 Can an iPhone charger kill a battery?

So I heard this story from a customer. He bought a charger for his iPhone 5s and plugged it in, first it charged, later it stopped and the phone wouldn't charge anymore. Later, the battery died and he bought another charger, but nothing happened when he plugged it in.

Now I don't want to be a jerk and say, it's your fault because it's probably a really bad charger.

So my question is, is it possible that the charger killed the entire battery.

By the way, the battery was new and fresh from iFixit.

The charger the customer used blew the Tristar chip on the phone's logic board which is used to control the power coming from the charging port to the battery.

Some symptoms of a bad Tristar:

- Phone not charging while phone is turned on, even with a new charging port.

- Fake charging (No power draw from charger but phone says it's charging. Tested with USB Ammeter)

- Apple logo not going on by itself with the battery unplugged but charging cable plugged in.

You'll need to get the Tristar chip replaced by someone that does board-level repairs / microsoldering for iPhones. Also tell the customer to throw the charger that he used in the bin as it ended up damaging the phone, the charging cable too as it's probably a non-MFI certified one / cheap aftermarket cable.

Original or MFI-certified (basically most of the reputable brand) charging cables have a chip embedded (right near the lightning connector) in them for surge-protection to avoid stuff like this happening from cheap wall chargers / car chargers.

Thanks. Well I hope it's something else, because it's not my fault it seems, because I always use original Apple chargers and cables that came with my iPhone.

Hey Ben, so I just replaced the battery and it's been charging for like 10 minutes now and it's still stuck at 20%. I think you're right. So I guess I should let the customer pay for the Tristar repair?

With my customers I don't charge them until the phone gets fixed.

I have a no fix no fee model.