The Apple iPhone 5c was announced on September 10, 2013. Repair of this device is similar to the previous models, and requires screwdrivers and prying tools. Available as GSM or CDMA / 8, 16, 32 GB / White, Pink, Yellow, Blue, and Green. 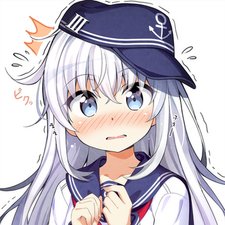 I'm typing a message in Whatsapp, and when I press the E button on the keyboard it spaces out and presses something else instead, (not just typing, but swiping, scrolling, anything that requires touch input (which is basically everything))

Note: this only happens when I'm in using an app or doing anything, when I'm on the lock or home screen it works perfectly fine, however even in the notification centre it causes this issue.

Second Note: Mostly the bottom area gets affected the most

It's a common issue with aftermarket screens.

Only solution is to get higher quality aftermarket screens or just use refurbished OEM / original 5C screens.

Or somehow better grounding on the screen, which I don't think it's possible would fix the problem as well.

Well my phone itself is refurbished, would that have any effect?

Yeah, with refurbished I assume most likely the screen on it has been replaced before and is an aftermarket screen.