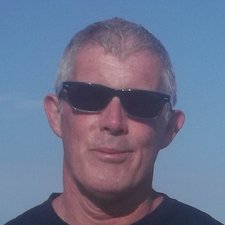 No image but boots & detected in iTunes

Got an iPhone 6 water-damaged & completely dead. After microscope inspection I found a cap (C0612) beside the NAND which was badly blackened so removed it and the phone began to draw normal boot current (970mA).

However there is no image, so I tested the LCD connector (J2019) in diode mode. Nearly everything was fine with 1 exception; Pin 3 (PP5V7_LCM_AVDDH_CONN) is reading open but should be .649 according to my (definitely) known-good board.

So far as Pin 3 is concerned I looked at FL2037 and when I removed the overfill it pretty much fell off so I thought ‘Aha!, problem solved’ but not so. I took a filter from a donor board and put it on, but no change. Based on the fact that FL2037 is connected on its other side to Chestnut I replaced it also in order to eliminate it, but no change. None of the caps on the line are shorted. The other side of FL2037 connects to PP5V7_LCM_AVDDH and I checked C1569 on the other side of the board but no shorts there either.

There’s very little on the PP5V7_LCM_AVDDH_CONN line and I’ve already taken off C2071 and C2094, leaving just the FL2037 filter in place (which gets correct readings in diode mode at both ends). However the 2 caps are showing open line as is the connector pin. I’ve checked that there is continuity between the FCP pad and pin 3 just in case there was a dry joint or whatever but its fine also. I’m stumped now as there is virtually nothing on this line other than the filter (reading .649) but it’s still reading open.

Grateful for any suggestions or assistance….

If you are reading OL or 3V in diode mode, that means that something is open circuit. I suspect the internal trace is damaged. To test for this, I would remove Chestnut and probe for continuity between the connector and the A3 pad of U1501. If it's an open circuit, measure from different points to see where the break is.

OK, thanks I'll try this. If the internal trace is damaged (LSD on PP5V7_LCM_AVDDH going under BS2502??) can I still use a jumper to make the connection, and if so from where?

It will depend on where the internal trace is broken. Because you are reading "Open" on your meter, that means that ultimately the pad underneath U1501 is not connected to the rest of the circuit. You'll probably have to jumper pad A3 to one of the components on that line.