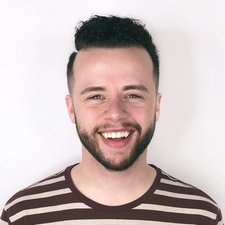 I have a iMac 2011 27", EMC 2429, 2.7GHz, MC813LL/A, and I'm having problems. First one was the display shutting down randomly, likely due to the common problem with this iMac that Apple did recall here. After days of research, I found the most common fix (after the recall expired) was to actually take the faulty GPU and bake in the oven. Many articles and YouTube videos available here. Apparently almost every person that tried this got it working. So I did the same, baked at 390°F for 10 minutes.

Problem is, once I put back in the baked GPU and everything back together, the iMac won't fully power on. I hear the fans run for about 0.5 seconds then shut down. I opened the iMac again to look at the diagnostic LEDs. The first one is always illuminated, implying that "trickle voltage from the power supply unit (PSU) has been detected by main logic board, the power supply is functioning, and LED will remain illuminated while iMac is plugged in." But as I try to power on the iMac, the second LED will flash on for that same 0.5 seconds as the fans power, but then turn everything off. It will repeat this cycle every 5 seconds. Start up loop.

I've reset the SMC on the iMac by unplugging, holding the power button for 5 seconds, release, plug in, then power on. Only difference was the fans stayed on about 0.2 seconds longer now, but still went into that power up loop.

I can't see if the 'baking the GPU' actually worked for me because the iMac won't get to the stage of turning on the LCD display, which would also be signified by the 3rd and 4th LED.

I feel it is a short or something wrong with the PSU. It's giving some power, but unable to give enough for full start-up. It was working before I did the GPU teardown, so I'm wondering if I shorted something in the teardown. Some people have mentioned a fuse, haven't found it. I also have not tried taking a blow dryer to the PCU yet, as some have suggested. Any ideas?

Is this a good question?

Hi @jacksonhern, Im unsure about this method, how about removing the card and powering on?

sometimes shorted card will cause the pc to shutdown.

Still nothing, its not getting to that point of the power-up stage to check the GPU or LCD.

Filter by:
Most Helpful Newest Oldest

Put it in the freezer for 25 minutes