Nintendo’s first major revision of the 3DS released to Japan in October of 2014 and to North America in September of 2015. The 2015 3DS introduces improved 3D capabilities, a C-Stick, and a new set of trigger buttons. 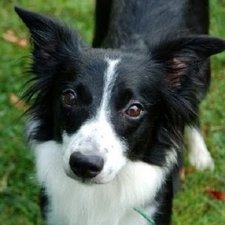 Purchased a new 3DS standard used for $60. Was told it won't power on.

Received the device in the mail. Plugged in battery. Plugged in OEM charger. Orange light comes on. Let it charge for an hour.

Disconnected charger and pressed power button. No lights come on.

Disconnected charger and battery then pressed power button. Nothing (of course).

The screens do not power on and the speaker does not make any sound. Figured it was a blown fuse.

I borrowed my brother's INNOVA 3306 multimeter and identified the locations of the two fuses of the new 3DS. One fuse sits right next to the charger plug, beside a component labeled "03". The other fuse sits on the back of the power board, behind the battery contacts.

I touched the fuses using the multimeter probes with continuity setting. The fuse next to the charger port displays a "0" on the multimeter, which apparently means a current is running through it. I applied the probes onto the fuse on the power board and received a "1", meaning no current (?) and possibly not functioning.

I do not know how to solder so I purchased the entire power board component. Ordered a replacement power board on ebay for $10. Arrived. I dismantled the device and plugged in the new power board. Now I do not get any power LED responses. Orange charge light still comes on when charger is plugged in, remains if battery is plugged in. Multimeter reports "000" for both fuses.

Does anybody know what might be wrong with this new 3DS? How can I proceed from here?

Did you ever get an answer, I'm having the same issue.