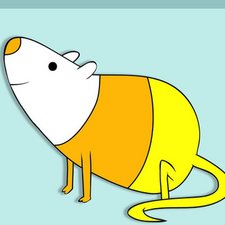 Front facing camera stopped working and seems to be frozen

Here is the deal. When I switch to the front-facing camera I simply get a blurry image of whatever the rear camera was pointed at.

The last thing I did to this phone was replace the battery, but the camera was working after I did so. In fact the camera didn't stop working until days after the battrery was replaced.

Here is what I have tried so far to fix it:

Total phone restore: This did nothing.

Replaced the the front facing camera: This also did nothing.

I removed any apps, that were possible to remove, connected to the front facing camera.

After all of this, the camera still won't work. Everything else on the phone works great.

Since it seemed to happen all of a sudden, I thought it had to be hardware related, but after replacing the camera, I am beginig to wonder.

Has anyone had a similar issue?

I will go back and check the connector again, but since the battery replacement I have gone back in and replaced the camera.

These were all really standard basic repairs, and I did them as I always do. The camera stopped working after I replaced the battery, but it was days after. I agree that it is possible that something was damaged, but from my experience, that sort of damage is nearly immediate. You damage the connector and the camera stops working. If I damaged it while replacing the battery, it likely would have stopped working right off the bat.

Here is what turned out to be the issue just in case someone else comes along in hopes of an easy answer. I opened the phone up looking for any damaged components. Low and behold there was a capacitor hanging by a thread. I looked up the capacitor and of course, it was connected to the front-facing camera. I soldered it back on, and everything works again.

Did you disconnect the screen for the battery replacement? If so, then I would check the integrity of the front camera connector on the logic board. If you're lucky, the camera may just be improperly connected. Otherwise, it is possible that the connector is damaged or that some small components adjacent to the connector were accidentally dislodged.