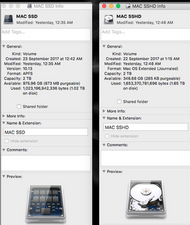 when on HFS Mac Os Journaled 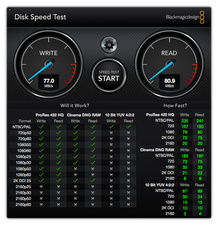 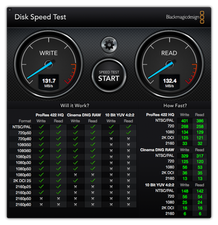 again this secondary harddrive im using SSHD Seagate firecuda..there's no Mac Osx/OS/Operating system even applicatons..is just a back up for non-system files like documents,pictures,videos,audio files and application installers that still in zip files or dmg...

im not rebooting my macbook from this secondary drive...my main drive is my 2TB SSD... 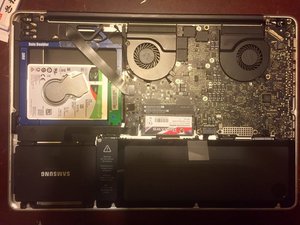 I have the same set up on my MBP Early 2012. I chose Mac OS Extended (Journaled) and I use it for installing some large applications.

Keep in mind some MacBook Pro's have issues with the optical bay SATA port. This is not the drive carriers fault, but an issue within Apples logic board.

I strongly recommend you review OWC Data Doubler to make sure your system does not have a problem. Also the 2.5" FireCuda drive is a fixed SATA III (6.0 Gb/s) drive unlike the older model which was an auto SATA sense drive which allowed it to work in older SATA II (3.0 Gb/s) systems.

Sorry to say the odd behavior of the MacBook Pro's which have this problem confuses auto SATA sense drives, you'll need a fixed SATA II drive instead (HDD or SSD).

Presently you have no choice! Using the current gold release of High Sierra only allows you to convert SSD's.

I've been testing it across a SATA & PCIe SSD's. It appears the queue is shorter within a SATA connected SSD Vs a PCIe. I'm still working off of the last Beta and this week I'll be upgrading to the gold release.

It appears GUID/Mac OS Extended (Journaled) is the better for SATA SSD's. Until I test things under the Gold release I won't state that as fact yet!

The symptom I encounter is file write delays. You copy a snippet, URL, file from an App or one drive to another and it won't show up as fast as you would expect it could take a good minute to appear!

People who have Fusion Drive setups (have both a SSD and HDD drives installed) also can't use APFS either. Apple has stated there is more work going on on APFS which might explain things. Apple stated Fusion Drives will be supported in a future release.

Yes, APFS is faster in reading & writing files over GUID/Mac OS Extended! The only problem I had with it was creating a file for some reason doesn't respond in a timely fashion.