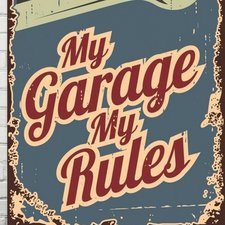 The rear facing camera has a blueish haze

Im working on a Samsung S5 that's camera displays as if your looking through a light fog it also tints everything blue . Ive gone through the settings and I am about to tear it down and see if there's a protective film on the inner camera. Before I do can anyone tell me if I'm on the right track or have I missed something. If there's no film I'll replace the camera . Any help would be greatly appreciated

I don't usually do this but I fixed my own problem and thought I'd pass on my experience with this phone so that maybe others wont do what I did.

So I bought a new camera to install thinking it was some issue with the camera.When the camera arrived I was unable to do the repair for several weeks but when I did finally open the phone to replace the camera i noticed immediately that the protective cover had never been removed from the camera lens. This was a new phone . Old stock from Rogers . It was a blue clear lens cover that should have been peeled off at the factory or it was a refurbished phone and Rogers sold it as new old stock not letting me know it was a refubished phone, either way I ended up buying a camera that wasn't needed. I should have taken the Phone apart to begin with like I had intended to do but thought no I don't want it sitting around open for any length of time while waiting for parts.I also thought to myself its a new phone why would there be a protective film there. Well live and learn

@jimfixer great answer. All you have left to do is to accept it:-)

@oldturkey03 That wouldn't be right giving yourself credit for being dumb about a fix . Not to mention the fact I got stuck with a camera I don't need . I had the bike accident then and so the repair had to wait about 6 weeks and at that point it was to late to return the camera

@jimfixer sure it is. After all, you found and applied the fix. Nothing wrong with that. I cannot remember but I think ifixit even has a badge for that. After all, the question was out there for a few months before you answered it yourself. You got my vote on that.