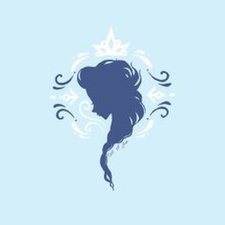 Its 2 in the morning and I have been trying to repair a 3ds xl for hours. I am at my wits end here, so bear with me. I bought a broken 3ds xl off ebay thinking I could repair it. I do Ds lites all the time, and stupid me thought I could handle the complexities of a 3ds xl. First mistake. Second mistake was that i bought more than one. 3 (already broken) motherboards, 3 top screens, 1 stripped screw and various other swapping of parts later, I still don't have a fully functional 3ds xl. Here's my problem. When put completely together (minus a few screws for the sake of time), The 3ds powers on, the screens turn on (as in the backlight turns on) but the screens remain black. Things I've tried: Reseating all of the ribbon cables. Checking the wifi module to see if it's connected. Swapping the wifi module. Swapping the battery. Holding the power button down for 10 seconds while holding the wifi button simultaneously. I am already looking into buying a (functional) 3ds xl, so before you give me the Very Helpful (insert sarcasm here) suggestion of buying a new one (or a "New" 3ds xl), Please do me a favor and Don't.

Edit: I forgot to mention that I have one more motherboard that I haven't yet tried. Should I try swapping that one out, or am I screwed?

So a bit of backstory into my answer. I've bought 5 busted Nintendo 3DS XLs with various problems. Three of the systems booted up fine while two were affected by the BSoD (black screen of death). The typical look of the BSoD is the blue power light, no amber wifi light and both screens staying black. Basically it appears that the system is hanging on boot up.

While attempting to repair a special edition Year of Luigi 3DS XL, I noticed that the touch screen was acting funny and decided to replace it with one of the assemblies from 1 of 2 BSoD XLs. I pulled the full assembly (touch screen & lower LCD) out of the Luigi console and swapped it with the assembly from the red BSoD XL. When I put the Luigi XL back together, I started it up and it began to hang at startup, acting like a typical BSoD. Thinking that was odd, I put together the red BSoD XL back together with the assembly from Luigi XL. The red BSoD XL then booted up normally and I was able to use the system just fine. So by accident, I stumbled onto the answer of the BSoD issue (or at least 1 of several).

If you're suffering from the BSoD problems, check the following:

The cause of the lower LCD becoming faulty is not clear but some reasons come to mind:

Will this work for all system or just a certain type of model? I have a 2013 model that I turned off but it never came back on when I went back to it.

@rexyn So far, I've only seen it work with 3DS XLs of any model type. This does not include the 3DS LL, with the right analog stick, as I have yet to repair a BSoD for that version.

I'm not sure if this will also work for smaller 3DSs or other handheld types, DS Lite, DSi, etc as well. I have run into BSoDs on DS Lites but that seems to be a different issue all together. I'm still studying those to figure out an answer.

I specifically found this post to come and say YOU ARE CORRECT. This is the solution for a 3dsXL that turns on but the screens stays black. This is the only website I could find that talks about this issue and has a correct solution.

I have this problem. Although mine wont go away. I replaced the lower screen and the Wi-Fi card, and now I am going to buy an upper screen and a touchscreen. My thought is that maybe more than one none working part will cause this error. I will update once I get the replacements in.

I have also ran into this problem I figured out that if you try and play older games and it asks you if you are sure you want to close than it occurs and found out if you let it sit then over time than the system will die after that plug it in and you will hopefully have fixed the brutal black screen of death. If not don’t buy another!