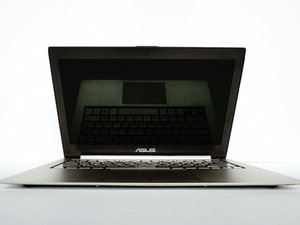 So after i got the notification from windows (the little white icon in the tray) that my ASUS Zenbook UX31E was compatible and ready to install Windows 10 I finally did it.

After a while installing Win 10 i began to notice slow responsiveness of the system and some functions line bluethoot and home group not functioning properly.

Due to that I began investigating what that might be and found out that my PC in reality is not compatible with Windows 10.

Even though the windows 10 compatibility test and everything else told me to go ahead and install win 10, ASUS on its web site stated that my PC is not compatible with win 10. In fact the drivers on ASUS web site are only up to Win 8.1.

Wanting to roll back to win 7 I couldn't do a programmed rollback but I had to do a fresh installation. To do that I also downloaded and installed all official drivers for win 7 from ASUS web site.

Now my pc works well except for one thing: very often it is very slow in opening files, programs, webpages, installing software, copying files etc. If I have to guess it's something to do with the SSD.

I did a diagnostic test with 'SanDisk SSD Toolkit' and everything is perfect.

I then did a diagnostic test with 'AS SSD Benchmark' and here I got something bad:

What can I do to identify exactly what the problem is and to fix it?

Sounds like you should optimize your SSD, try going into Disk Defragmenter on Windows 7 and optimize your drive to see if that helps. Also go to Disk Clean up and check every box then select the 'delete' button. It won't harm anything but, it gets rid of old driver files that you don't need and stuff your PC doesn't use.