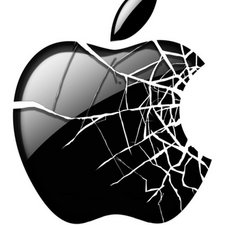 Is there a screen supply shortage?

My supplier said there is a shortage of iPhone 5s/5c/5 screens and he is having a hard time finding the good quality ones. The price increases $10 each for his current supply. Anybody heard of this?

The parts in the after market are not all manufactured by LG and Sharp like the Chinese Distributors would like to let you believe. They are largely counterfeits. OEM and Original are just words they have chosen to describe parts that are very near Apple's required quality standards but these were or would be rejected by the OEM.

There are 3 things at play in the market.

1. An oversupply of the really crappy parts. This is because repair shop owners and american distributors have been pushing the Chinese suppliers to deliver higher quality. Nobody is buying the low quality and thus its just siting around. The Chinese find a way to sell and make money on everything.

2. Apple wants people upgrading to the 6. The device life-cycle is only meant to be about 2 or 3 years. This is when Apple wants people to transition off the old device to a new one. This is how the entire electronics industry works. They have been reducing the lifespan on the devices in order to produce a predictable purchase cycle from their customers and drive more revenue. Apple, in order to help speed this process up may be aggressively working with customs so seize inbound parts. Nobody is going to fix an old iphone 5 when the repair costs $150

3. Chinese part vendors are simply engaging in price fixing. Notice no other parts across the whole industry are impacted. Go back to number 1.

Hi, it has effected the whole market, prices have gone up everywhere, might be like this for 3 months or so unfortunately.

My supplier informed me days ago, the price won't drop recently. They also remind me to watch out the screen quality due to this shortage, there will be a lot of cheap and bad quality parts then.

I have been informed by several Chinese suppliers that the shortage and price increase may be resolved in 1 - 3 months. :)

There has been rumours in the UK of 2 manifactors buying up stock and the factories producing the screens. To control supply and asentually price fix the market. The same way that Deberis did in the dimond industry. Let's hope not

Same issue for me and my suppliers, EtradeSupply, Vinsun, JackTelecom, Iceagle..etc Price increase a lot, 25$ for Oem Lcd with aftermarket digitizer and glass ( they are perfect ) To 35$ 2 weeks ago, and now i See 45$....

No repair cost increase in France, It would be happen soon !

yeah it'll probably be bad to buy replacement screen at the moment as price shooting up while quality going down, recently got screens that not responsive at all, definitely not up to standards, and the glass leave dirty fingerprint everywhere easily, the priced was at $ 43 at the time instead of $33 and now price shooting up to $60 to $70 each here, might need to find another way soon :P

well its too costly to buy these currently in the uk as i only charge 40 for the iphone 5 series. so im now having to refurbish all the cracked glass displays that i have been stock piling

From what I heard, it it sound to be very true is Apple has entered the repair market and bought up all the raw materials to produce screens which in turn has all the Chinese factories that produce lcds going out of business. Apple has started charging the same price to replace the screens as all the repair shops. This plus the increase in lcd prices is killing the repair market for us repair shops. The way things look now its not going to get better only worse..

The situation sounds like Apple is trying to increase upgrades and decrease the life cycle of their older products. It will be comical to see them manage repairs of 70M handsets in the U.S. marketplace with their 266 retail stores. This will be sure to satisfy the consumer.

I'm also a victim of this lcd shortage debacle , the lcd price has gone up by 65% in SA.

Some good answers most of which are valid. I'll post my top reasons. My knowledge is based from my company, Harvest Cellular that buys back broken LCD screens here in the USA and sells this product back to the refurbish companies so I'm dealing with China a lot and the conversation comes up often when chatting with our clients.

In my eyes, there are two main influences

A) Official Channels - The big carriers and prepaid guys are starting to sell iPhones as a loss-leader to acquire customers. Official channels push them as over the counter exchanges and Apple's new lower prices warranty options has all of these guys needing more and more refurbished phones. Instead of them being turned back into an LCD screen part to be sold to consumers or repair shops, their going directly back onto devices.

B) Red Haze - 5/5c/5s LCD screens were plagued with a red haze tint that appears after several months of usage. This is around 40%. Consumers and repair shops consider this inferior and while some slip them into orders to average down or sell for less, the simple economics of not having ~40% of goods to reclaim has created a shortage. Now, people are getting less picky and accepting these types.

A) New iPhone - When the new iphone 6s and 6s+ came out, it seemed to get worse. Both customs here in the USA and the HK to China underground seemed to step up seizures. Same as Apple did two years ago by pulling the plug on iPhone unlocks during the release of 5s/5c. Temporary, this creates a shortage of used LCD screens and devices and surely has many going to upgrade or buy the new things.

B) Shortage of Parts - Parts like the film for the back light were in shortage as well as OEM IC chips. There isn't 1,000 factories making this stuff in China. More like a handful account for a majority (80%+) of the production. I think it's obvious without these "little parts" you can't complete production.

I think all of these and more influence the current past and current situation and all just fell in place at the same time. On a side note, I really think 1A above is really playing a powerful role and will continue. The cost and value of 2nd hand devices are now within reason and available after so many people upgrade after 10 months compared to several years ago.

Likewise, I agree with Atronix that Apple wants a piece of 2nd hand market; repairs and phone buybacks. While they may not do it directly their ability to offer the service with partners, they're slowly entering the space enough to influence the grey market. Cell phone repair went from 1B to 2B annually in just a few years and I'm sure this didn't elude them.

Can any one tell me the best supplier in china for iPhones Screens?