Fifth generation of iPhone. Repair of this device is straightforward, and requires screwdrivers, prying tools, and patience. GSM/CDMA / 16, 32, or 64 GB / Black or White. 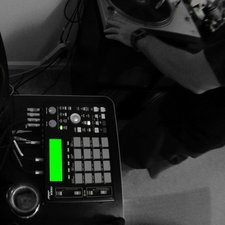 I amazingly brought my iPhone 4s back to life after murdering it in the washing machine on a heavy cycle no less... It was rendered completely dead at the time, would not power on, or be recognized by plugging it into the computer once it was fully dried out. I deemed it a brick and went and got a new phone but later read about the steps to try and recover a water damaged phone... Long story short - found iFixit and saw the price of the liberation kit along with a replacement battery and how well detailed their repair guides were and decided to give it a shot with no real expectations of it surviving.

Well... after completely removing the logic board, soaking it in isopropyl alcohol, brushing it with a tooth brush, re-installing it, and then replacing the battery with the one supplied in the kit the entire phone came back to life... honestly could not believe it! Camera works, power button, vibrate switch, volume... all good... even is still recognized by my desktop computer so I was able to go back in and recover my lost photos and videos. Just one major problem so far...

I cannot seem to power down the phone now. When I attempt to it starts its normal cycle, but then next thing you know the apple logo appears again and then it just reboots itself. Not sure whats going on here.

Rice will not add anything except starch to your phone.

Professional liquid damage cleaning is required. Shields need to be removed, components underneath the shields cleaned at least with IPA like you did already. At best with a pro ultrasonic.

Then corroded components need to be reflowed, may be replaced.

Only then you can assess your phone properly. Usually by setting up the board with known good components, then trying the phone in its original housing to compare behavior.

It's usually not worth the time, effort, and cost unless data recovery is key.

But hey don't take my word for it. Toss it in rice.

Are you sure Volume Control's working?

If not, examine the connecter where the charging dock attaches to the board. Is it corroded? That would be your pb.

If not, a few components/caps and resistors next to the PMIC and around the connectors on the board could be corroded or shorted.

Finally, as Sunny said, it could be the PMIC.

Hi, yeah I'm not putting that thing in rice - I know it's not good for it and practically useless. Besides, it's been dry for a few weeks and I just finally got around to taking It apart and attempting to clean it for the first time.

The volume buttons actually only worked with ear buds in at first, and then shortly after adding that comment about no audio through the speakers and a non-existent volume slider in the UI, the volume slider suddenly reappeared and I have audio now... For the time being anyways.

The two things I did not proceed to do when I tried cleaning it was lift off the metal shields around the processor and also get into where the dock connector is.

I'm thinking as a last attempt that I will go back in and take it out once more but this time remove the shields as well as attempt to clean the dock connector area. Can't hurt I suppose, no?

I already was able to recover all the data from the phone from the first cleaning and new battery, but I just want to see how much I can make this hunk of crap work again... I mean, I resurrected this thing from the dead and it's almost fully functional.

After leaving it on the desk all day while at work Ive noticed a good amount of battery drain too which I never witnessed with the OEM battery, especially when its not being used at all. Def something wrong.

Most of the shields are removable without desoldering. Take them off, scrub with IPA, especially around the PMIC (power management chip/IC) and around the top connectors. That's where the components that cause the no-volume/auto-restart problem are located. Make sure to go underneath the shield frame, most of those areas are reachable this way. Where you can't remove the shields, go in from the side, you could reach some spots that way. Better this than nothing. Heat = short = battery consumption. If you don't feel abnormal heating on the board, then don't mind the battery drainage. Most replacement batteries are of poor quality and drain faster than the original ones.

If you press the home button rapidly does the phone take screen shots of it self?

If it does then it is a power button problem.

If it doesn't, either one of your capacitor is shorted or PMIC chip is bad. But i was sure purchasing the "liberation kit" was going to solve the issue.

anyways, is not really worth fixing it. but regardless you can turn your problem into someone else problem by selling it on eBay.

If not you can always try leaving it in rice over night, either me or some other Asian might come over and fix it.

No, it doesnt take pictures of itself when pressing the home button rapidly. Also just discovered that my WIFI is completely greyed out. So not powering down + WIFI are my 2 issues currently. Everything else literally seems as it was prior to the accident.

%#*@... upon further testing discovered that my speakers are dead now too.. foooook. Well that sucks. Volume bar is completely non-existent too.

It seems like one or more of the power line on the board is shorted and is sending more power to the chips on your board then needed. sooner or later your phone will start to boot cycle. simply put there is no easy or cost efficient way fix your phone.

Ok. Thanks for the info. Gonna attempt to clean it out a bit more and also clean up the dock connector since I skipped that area. One power line was badly corroded when I took the board out and I got all the corrosion off but it may be worse than just having a little build up on the terminal. Might try some DeOxit on that area as well and see if that helps conductivity since I have some D5 on hand.

disconnect the dock connector and the power flex and see if it is still doing it. if not you know what your problem is.

I had the same problem, for me it was a bad dock connector, replaced that and it was good to go.

Are you referring to the main issue in my original post? ie. Not being able to power down? At this point - I have a fully working phone again minus no WIFI which is a big one... just need to see if I can get that working again hopefully. The WIFI antenna and chip are located at the top right of the logic board correct?