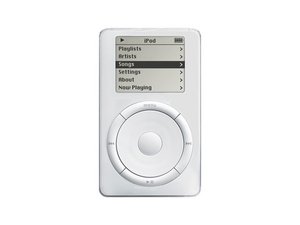 steadfast I and I

I put this iPod into diagnostic mode by doing a hard reset then holding down RW, FF, and ACT all at the same time and ran the hard drive scan utility and it passes. I even tried using a PCMCIA Firewire adapter card on my PowerBook G4 and it still fails. I downloaded the old iPod updater program but it won't install because it says I already have that update on my computer. I'm using iTunes 9.0.3

This iPod would be detected by iTunes when I plug it in and it would want to sync, but it had a name with strange ascii characters which it, and it was formatted for Windows. It even downloaded a few songs. When I changed it the name, it would reverted next time I plugged it in and the songs didn't persist of course, still the folder exclamation. Finally I used Disk Utility to partition it and reformat it, but it got stuck at 5% for about an hour, so I aborted it. After that iTunes no longer wants to sync and goes straight to trying to restore, but still fails.

I am having similar problems. I have an 3rd gen iPod of the iPod "dock connector". I also replace the hard drive and when my new drive came I used disk-utility to change it to Mac os Extended. I think that is what is supposed to be. My iPod needs a firewire cable to restore but I always get an error 1429. If i use disk utility and the firewire cable to reformat the drive it takes days. If i use an USB cable to format the drive it takes minutes. I have been able to get it to go all the way through the restore using a combination of reformatting and restoring and switching cables (usb and firewire 400). I need help too.